WTBC Diary Part 1: Tea for one

Or:  How I Learned to Stop Worrying Enough to Brew

This tale starts about 11 months ago when I was contacted by David Parnham of the World Tea Brewers Championship (WTBC) who asked me whether I knew anyone who would be interested in competing in the inaugural Australian event in Melbourne. It was short notice, and I was also overseas at the time, so I couldn’t even rally an info night for my Meetup members.

Upon hearing it would be at Fine Food Sydney this year, however, I started planning a series of events that would take interested members through the rules and then coach them in their presentations. But by mid-July, when I headed overseas again for a month, WTBC had not yet released details so I merrily left the country.

Then, just before I returned home, they started running information and demo nights to entice tea lovers into the contest. I had no intention of entering but I wanted to support any Meetup members who did and offered a grant to cover the entry fee. While a few people turned up to the various info nights, none of them turned into contestants.

I attend what is the second info night but it’s just me and long-time acquaintance Michael Kinahan, WTBC 2017 head judge. MK spends the entire evening trying to convince me to enter. I don’t believe I have enough time to prepare, plus I’ve caught a cold on one of my three flights home, so I’m super snotty and have no sense of smell.

I tell him I’ll think about it over the weekend.

FYI, the contest features three rounds. The first is where contestants are given a mystery tea and 10 minutes in which to figure out how to brew it. After that they have another 10 minutes to present it to the judges with their best guess of what it is, where it is from and, importantly, optimise what the judges drink in the cup.

I talk to David Lyons, my colleague at AUSTCS, who is a judge this year, as well as my friends Tania Stacey of Cuppa Cha, who was a judge last year in Melbourne, and Kent Steedman, who competed last year. I also speak to my partner, whose aversion to tea is proportionate to how much I love it. Go on, they tell me, it’ll be fun.

I double-dare Tania to enter with me. She’ll be in Sydney as a spectator anyway. May as well bring some brewing gear, I say.

I register.  Apparently once you’ve paid, you get a copy of the rules. No such document materialises.

I start thinking about what tea to present but I’m distracted by how disordered my house is post-trip. There are packages and packages of tea sitting outside my tea cupboard from all the subscriptions I’ve signed up to as well as five loads of laundry. 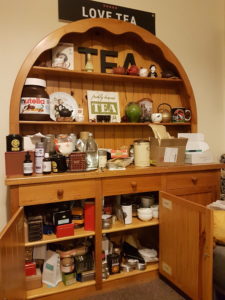 Clearing out my tea cupboard was no easy feat.

MK calls to ‘congratulate’ me on registering. It’s a weird thing to do, isn’t it? Well done, you decided to enter a contest. I remind him he needs to send me the 2017 rules.

Since I don’t have a copy of the rules or a sense of smell, in lieu of practising I decide to clean out my tea cupboard to help me figure out what to brew in the Standard Infusion round. This is no simple task as the quantities vary from a tiny vacuum-pack pouch of 5g to most of a 100g bag of something or other I forgot about at the back of the shelves.

It occurs to me that amateurs are at a bit of a disadvantage. To be able to practice and get to know a tea well you need quite a bit of tea, ideally more than 50g. In the last few years, however, I’ve gone the route of buying smaller quantities of lots of different types of tea. Those in the tea business would have far greater quantities (at a cheaper price) at their disposal and the getting-to-know-you process would be standard practice before they offered it to drinkers.

Still clearing out my tea cupboard. Did you think it would be a quick and easy job? Hahahahaha.

Eventually the tally reaches around 150 types of tea, including blends but not including tisanes and infusions, which I’ve piled into a box to be given away at the Garage Sale Trail. There’s a disturbing graveyard of teaware as well.

After all of that I decide to present Global Tea Hut’s August tea, a purple tea called Evening Sky, which wasn’t even hiding in my cupboard but sitting with the mail on the dining room table. The reason for this is threefold: Global Tea Hut always have quality tea, the entire magazine gives me all the information I need to present to the judges* and purple tea is forgiving and therefore difficult to screw up.

* I’m not enough of a tea nerd to keep details like terroir and harvest period/year on record for my tea so unless it has that information on the packet I don’t know its where and when. I’m guessing this is less of a problem for tea professionals.

Text to MK: “Hit me up with the rulebook!”

Text to MK: “Mike! Where are my WTBC rules?”

I go for for a retina checkup, which basically involves getting my eyes dilated to the extent that for half a day I am blinded by light and need to wear sunglasses indoors.

An email arrives with the rules attached. I can’t read them yet.

In fact I can’t read them for a couple of days because my Tuesday is filled with work I have to do for the National Young Writers’ Festival so I don’t get to them until Wednesday.

I’m still a little snotty but my sense of smell has improved so I set up a brewing station at my kitchen bench: a bamboo drip tray, three small gaiwans and some cups. My tea cupboard cleanup has yielded some unlabelled tea, which is perfect for practising the mystery brew round.

I have a glass kettle with preset temperatures and a thermometer so it’s a bit fiddly to try the method I thought up, which is to steep 2g of tea in a 100ml gaiwan for 30 seconds at 70C, 80C and 90C to get a spectrum of flavour and mouthfeel profiles.

And I frigging well forgot to time the bloody steep.

How the hell do you use the stupid smartphone timer?

I realise at this point that a lot of my tea-making is instinctive. I look at how the tealeaves fill a gaiwan, I see the bubbles when the water heats, I sense when the brew is ready and just pour without regard to time. I have to reverse engineer all of that and use scales, a digital kettle and a timer to know exactly what the hell I’m doing.

I also realise I’m going to need appropriate teaware. The rules state I have to give each judges at least 30ml of tea, and that the liquor has to fill at least 70% of the cup. I have no teacup sets that are the right size in the right number; I have plenty of teeny tiny cups or 100ml espresso glasses or just pairs of good-sized cups.

Kmart is my friend. I pick up these perfect babies for $3 a pair. Two tablespoons (40ml) equals 80% capacity. 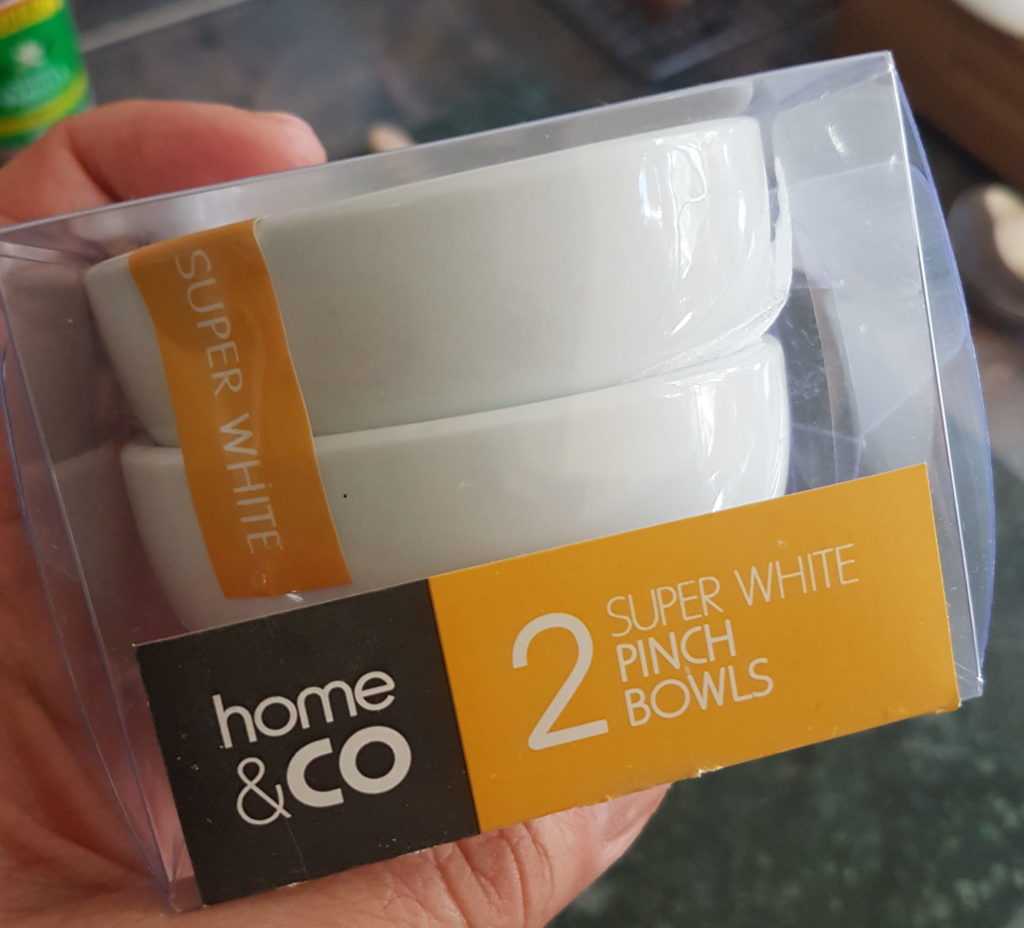 I feel ready. Sort of.