Or: How I colluded with tea professionals to advance my own cause

I meet Tania at The Gatehouse Parramatta for high tea even though it’s not my cheat day. It’s a venue I’ve had my eye on for a while but hadn’t gotten around to booking. They serve Pine Tea’s Silvertip brand (with complimentary top-ups) and the tiers are well made and well presented. Recommended. 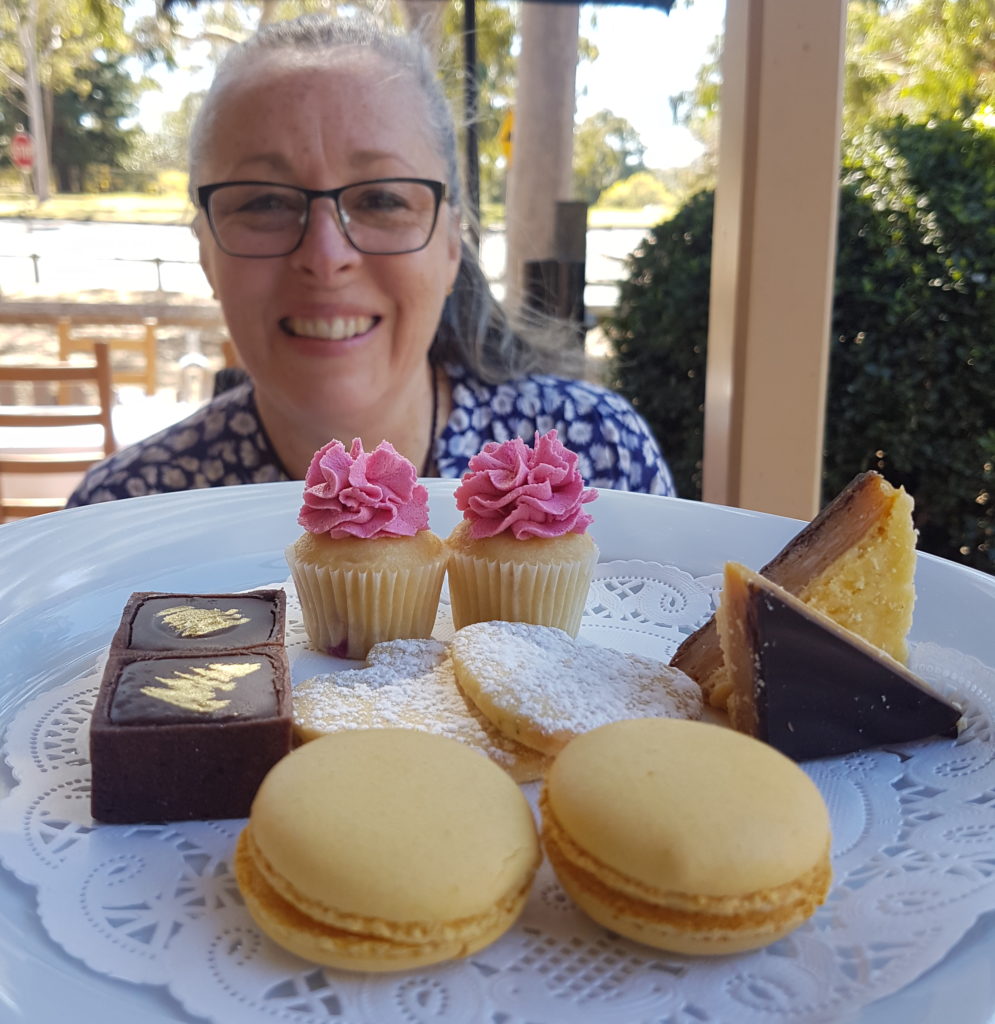 Tania Stacey and I having high tea at the Gatehouse Tea Rooms, Parramatta

We stop in at Daiso Parramatta so I can buy spoons. The rules state that I have to provide spoons for the judges. I’m not entirely sure why they need spoons seeing as each of them has a cup but rules are rules. I own exactly one soup spoon. It’s a Chinese style one in dark blue plastic and I use it to drink Nin Jiom Pei Pa Koa and nothing else.

I buy beech teaspoons from Daiso and regret it immediately. They’ll have to do though, I’ve run out of ideas for spoons small enough to dip into a teacup that aren’t metal.

In addition to having high tea, Tania is spending the day with me to hang out at my den, the Salon de Teoh, and meet up with some Sydney tea friends. The first is Cathy Zhang of Ms Cattea (also a WTBC 2017 judge) who helps me put together the tea tray/kettle kit I bought new off a bloke on Gumtree but which only came with instructions in Mandarin.

I tell Cathy about my three gaiwan method, 2g in each at 70C, 80C and 90C for 30 seconds. She says to keep it simple and use just two gaiwans. If it’s an oolong, you already know you don’t brew it so low as 70C, she says. True. I revise my kit down to two 100ml gaiwans and the large 160ml one for actually serving the judges.

Cathy also says to draw a plan of how to set up the table so it’s easy to remember where everything goes during prep time.

There are no complaints about my brewing of the unknown teas—woohoo!

Using Cathy’s suggested method of two gaiwans, I ready my thermometer and my mobile phone on stopwatch mode and brew some random teas. The practice is good: I figure out pretty quickly how to set up the tea, scales and vessels so they’re not in the way of each other. 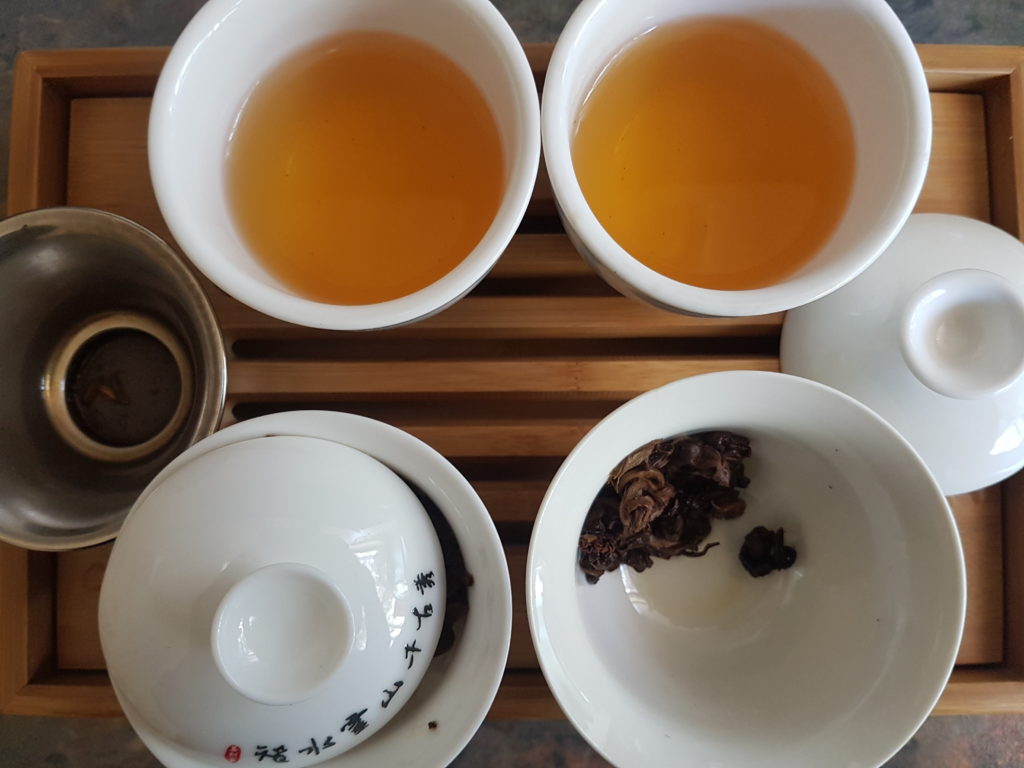 I think this was jin luo (golden snail) from Yunnan

While I do get a sense of which brew is better out of the two, and can therefore adjust to make a better infusion, I discover the folly of brewing mystery tea is that I have no idea whether I’m ‘right’. Not knowing the right answer in terms of what the tea is and finding comparable brewing guidelines means my guess is only as good as my Google research where I try to find images of the tea to lead me back to more information.

Inner West Council is finally having its elections after Mike Baird(stard) amalgamated Leichhardt, Ashfield and Marrickville and replaced a strong progressive group with councillors of his own conservative choosing. Er sorry, I will rein in my ranting.

I head down to Ashfield Town Hall to vote (no democracy sausage), then the mall to pick up another couple of pinch bowl ‘teacups’ from Kmart just in case any of mine break. I then decide to pick up some accessories to enhance the presentation part of my segment, which means a spree on table manchester.

When I’m down in Tong Li Asian Supermarket I find a stack of porcelain soup spoons going for 99c each so I nab six to replace the beech ones. I feel better, much better, about the damn spoons.

In the afternoon Tania comes around again, this time to meet with Matt Tran, co-founder of Tea Angle, who was the WTBC 2016 runner-up. The word from the inside (ie Tania, who I don’t think I mentioned was a WTBC 2016 judge) says he only lost marginally, due to a time penalty, and part of his advice to us is to work out our timing, including how to unpack our gear in a timely manner.

Although he was slated as an early entrant (and the one to beat), Matt says he’s not competing this year due to being super busy at work. The session is primarily brewing mystery tea and chatting, with Matt chipping in with advice when he thinks of various things. 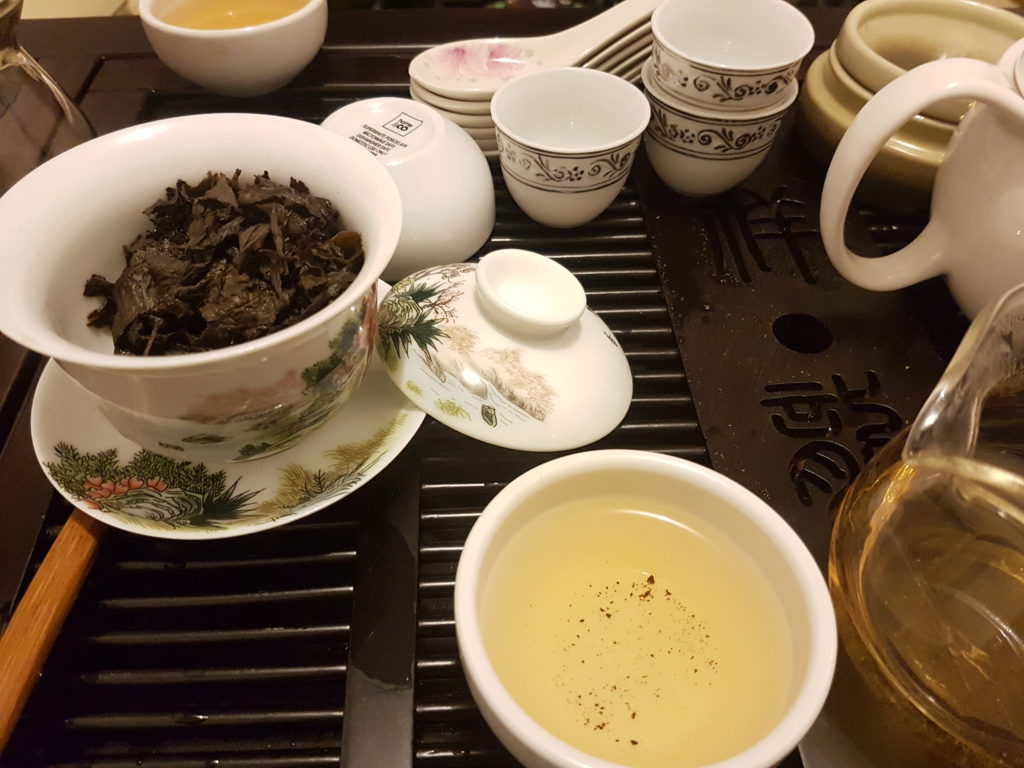 I lead a bushwalk for the better part of the day. In the evening I drink a helluva lot of (different) purple teas to get the infusion right. At the last minute I decide to change from the Global Tea Hut tea (too little of it to really practise) to a purple sheng pu’er I picked up in Helsinki. Sheng pu’er is a little more risky than a fully-oxidised purple tea as it can be a little brash but I feel better about how it holds my two secret ingredients for the signature beverage.

In any case, tomorrow is the mystery tea segment so I’ll have another day to practise.

I spend the night sketching out my table plan and then practising setup. I do it a couple of times to get the placing right and then another couple under time pressure before I’m happy. I can unpack in under 90 seconds!

I carefully pack my gear into a suitcase for the morning’s commute.