Sampling the world at the Australian International Tea Expo

Geelong is not the first place many would think of when considering a venue for the inaugural Australian International Tea Expo, but then again, why not? By the sea, this city’s tranquil friendliness is actually an ideal place for the contemplative, yet social aspects of taking tea.

The lion dance to open the expo had already begun by the time I made my way up the (deceptively long) Cunningham Pier and once I was inside, the two sprightly creatures proved hard to catch on camera. Never mind, I was here for the tea, and tea I would have.

According to its website, the expo had specifically courted “Tea brands specialising in loose leaf teas, with a strong focus on leaf grade and specialty tea”, which I took to mean a notch up from the chai, blend and herbal-heavy Sydney Tea Festival. (Not that there’s anything wrong with that! For context, please skim my review.) The $25 door charge was testament to the expectation that there would be a professional approach to tea here, people in/looking to get in the industry seeking out their peers. 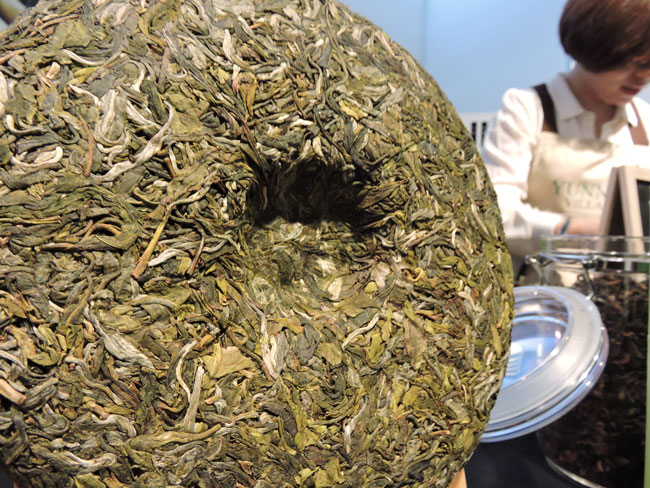 I was looking to sample the world of tea without enhancements and I was not disappointed. Countries whose tea I’ve only had a passing whiff at were represented there: Nepal, Korea, Indonesia and Thailand in particular. I was very impressed with stalls like Yunnan Village, whose proprietor Coco Zeng spoke at length about her family’s tea business, harvesting from wild trees in China’s famous growing district. The result is a sweet and tender black tea. Its Wild Organic Black Tea is very good and  its Gold Label version an exceptional brew. 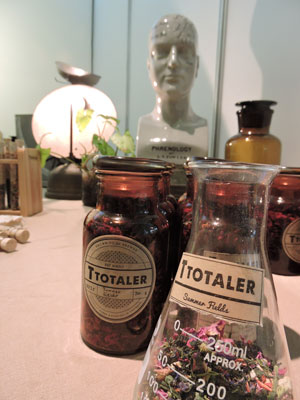 Overall, however, the proportion of purveyors with blended offerings was just the same as the Sydney Tea Festival, with a fair few ware-only sellers. There’s nothing wrong with blends; I am, after all, very fond of Ttotaler and Impala & Peacock, but I believed the expo’s mission was to service the increasingly mature palates of tea lovers with a more purist approach instead of trying to capture the common consumer and try to convert them to specialty tea, which seems to be the festival model.

Another thing I found strange was that half the stallholders didn’t seem to understand their product very well (ie beyond the brochure copy), so I had to go around a few times over the two days to try to find the person who could answer my questions. This made more sense when I realised some stalls were staffed by volunteers and family members rather than the tea experts themselves, which is what I would’ve expected of an expo catering for a market above the general consumer.

The only other gripe I had was how the samples were offered: many stalls used tap water and the standard cup was a tiny waxy number in which the dominant flavour notes were wax, such that I ended up bringing my own ceramic vessel. It was a refrain I heard from others throughout the weekend, so I’m certain this will change in future events.

The best part of the expo was the free and accessible special events, such as a Korean tea ceremony demonstration and tea meditation, and the fact you could spend time talking to each of the stallholders without having to fight off tyrekickers, people who are just after a taste. There was a delightful corner with a display of dozens of different tea types in a glass cabinet that was fun to pore over and also a subtle but noticeable focus on organic product, which I really liked. I thought a gong fu cha setup would’ve worked really well in this setting, though only Tea Total thought to offer a sit-down experience. Understandably it’s quite something to haul the equipment to Geelong if you’re not local, however. 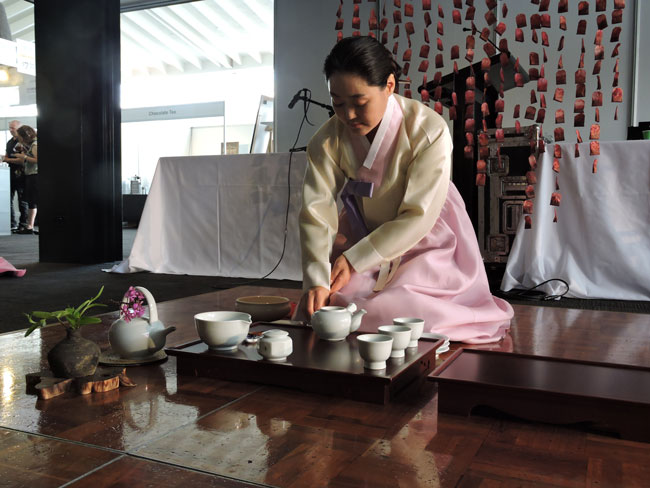 That being said, the entry fee would’ve turned away some curious beginners and you could see that reflected in the thin foot traffic. There simply wasn’t enough value to lure some tea enthusiasts over the line (a friend of mine who’d travelled two hours from Melbourne admitted she felt a little ripped off), but there also wasn’t quite enough there for industry professionals either. I think that’s a reflection of the immaturity of the market rather than an indictment of the expo organisers so I’m looking forward to future events that have that in mind. 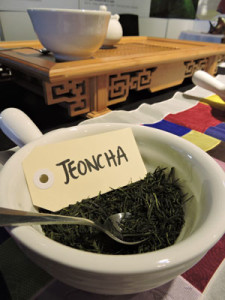