Cosmopolitan Singapore is not just a place where cultures collide to produce great food, its history and location also makes this city a place of varied tea experiences.

The first sip is a strawberry kiss, fragrant and sweet. The tiny porcelain teacup shudders in my hand as I drain it with another draught. I’m sitting at a tea table at Phoenix Hill, a tea merchant in Joo Chiat, Singapore, where founder Julie Low has just served me the first infusion of Yang Mei Xiang (‘strawberry fragrance’), a Dan Cong or Phoenix Mountain oolong, famous for its ability to readily take on the aroma of fruits and flowers. Outside, the street is sticky and pregnant with a storm on the way. Inside, the shop is air-conditioned, cool and quiet except for the kettle, which has come to the boil again. 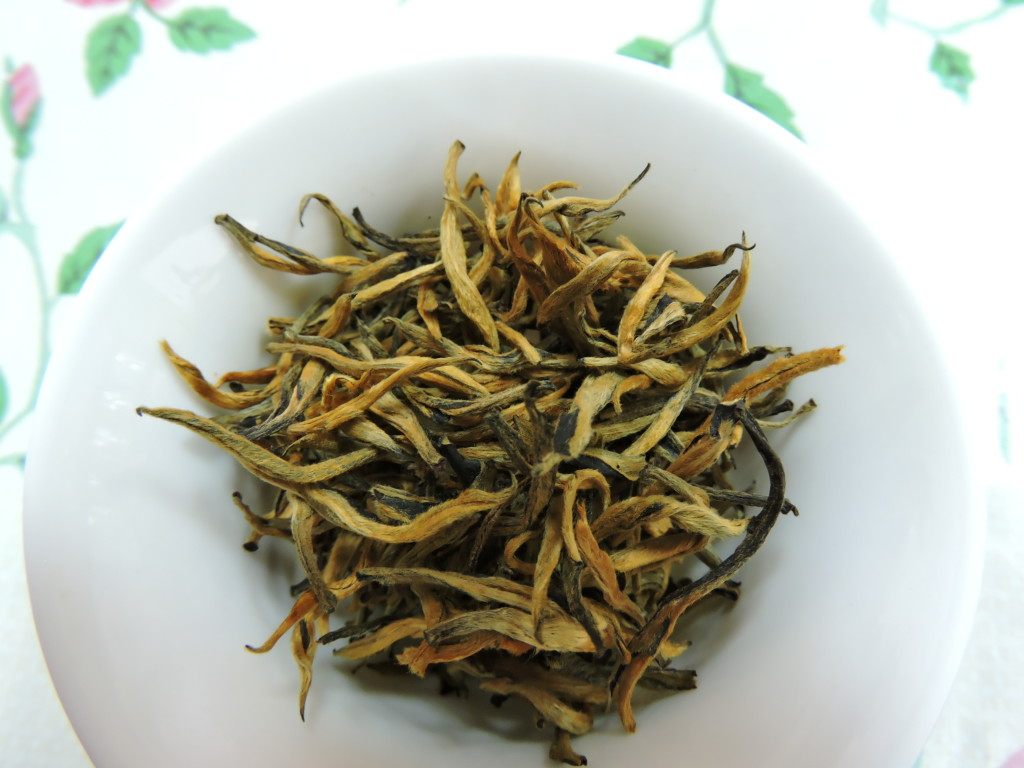 Low and her husband and co-founder Steven Lim are officially retired, but they’ve begun a second career as owners of Phoenix Hill, a tea plantation in Guangdong province, China, which they’ve brought to Singapore as a teashop. They became tea purveyors by accident, Lim explains. The pair worked in government trade around South East Asia and had retired to Singapore when they visited China in search of quality goose meat and perchance met a Chinese man who had a tea plantation, eventually investing in it.

The second infusion of Yang Mei Xiang feels thicker on the tongue, with the roasted notes from the charcoal-fired tea more prominent on the palate. If I hadn’t seen Low brew it from the same leaves, I would have believed it was a different tea. It’s the desire to share this kind of tea experience, showcasing tea’s incredible versatility and range of flavour profiles, which brought the pair out of retirement.

Despite Singapore’s location as the gateway to Asia its tea culture is fairly immature, says Low, but its cosmopolitanism presents an opportunity. “The level of appreciation [from Chinese Singaporeans] is not that big because it’s taken for granted, whereas for Caucasians, they look at it as really exciting and different. They’re interested in finding out about the growing, the processing and how to brew, which makes it more lively.”

It’s an interesting observation. Singapore is a melting pot of eastern and western cultures but its tea drinking is surprisingly disparate: Chinese tea shops are largely focused around the Chinatown district, British tea-drinking habits picked up during the colonial era manifest at afternoon tea in hotels and cafes and the Malaysian/Indian way of enjoying their brand of strong, sweet and milky brews seem to be confined to market stalls and kopitiams.

Tea blogger Melanie Lee, also known as Tea Lady Mel, says although the country comprises these tea-drinking cultures, it doesn’t change the fact that Singapore is a coffee place. “It’s very fast-paced, people need their coffee more than people need tea,” she notes. Ironically, however, it’s coffee drinkers who are leading the trend towards specialty tea appreciation. “The community of people who enjoy tea is growing and often those are the coffee drinkers. If you get serious about coffee, you don’t just want Starbucks, you want artisanal coffee and you become open to the nuances of other kinds of beverages: whiskey and wine and tea.”

Wine and whiskey appreciation may be big, but tea appreciation is yet to match their popularity, says Lee, but she believes tea businesses are missing a trick because the demand for tea tastings and education is higher than current supply. “Tea workshops are heavily subscribed. If someone has a public tea workshop it gets booked out very fast.”

The other aspect Singapore’s tea industry may not understand is the potential global market that comes from its millions of visitors per year. Formerly employed at a tea wholesaler, Lee notes that hotels are expanding their tea range to differentiate themselves. “Guests really, really like it when they try a blend they cannot find anywhere else. We used to get calls like, ‘I drank this tea in my room, where can I buy it?’”

We finish our lunch at Café Pal, a Thai restaurant in Middle Road, with takeaway bubble tea. Its range of hot and cold loose-leaf tea is exceptional, in terms of quality and range, for a small eatery, but the cold blended stuff is a winner in the climate. “Bubble tea has a strong presence here. In that sense tea will always be around,” Lee remarks. 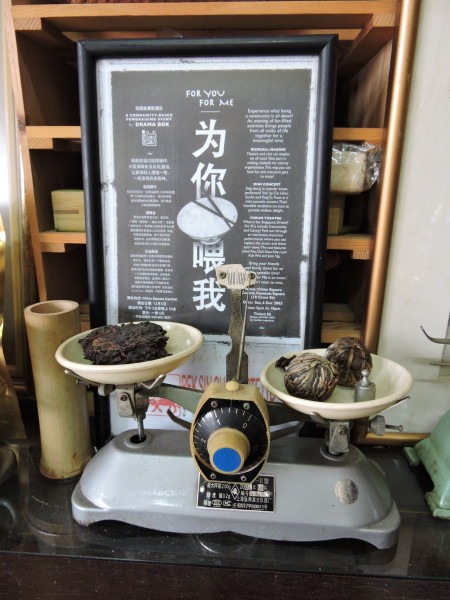 It is surprising that tea and food pairing has not become more prominent considering Singapore’s foodie status in the region. Beyond the Hong Kong-style teahouses where the tea is nothing special, and the lavish afternoon tea sets of the city’s top hotels, there are few places where tea and food are harmonised.

One exception is Pek Sin Choon, Singapore’s oldest continuing tea business, which recently celebrated its 90th anniversary. Its headquarters sits open to Mosque Street behind the hive of activity in the main part of Chinatown. Artefacts—an old weighing scale, sepia photographs of its founder, ancient teapots—line the shelves over a cluttered, well loved tea table.

Yuen Eng Wah, Pek Sin Choon’s assistant general manager, sits at the tea table slurping Wuyi rock tea, an oolong picked from trees that grow among the rocks of the Wuyi Mountains. The brand’s Unknown Fragrance oolong, a bittersweet blend of this and Anxi tea, has been designed to pair with ba ku teh (pork rib soup). “It’s a matching tea to make sure the taste doesn’t overwhelm. It also cuts grease,” he says. Pek Sin Choon now supplies to 80% of Singapore’s ba ku teh stalls, no mean feat at five times the price of its competitors. Training the ba ku teh makers in food pairing made a huge difference, he adds. “It’s about balance and harmony. Having a specialised tea made the ba ku teh taste better.”

This principle is evident in the pairing choices at Tea Bone Zen Mind, where a tea degustation of six courses result in unusual combinations, such as pairing a cocktail of lemongrass, jasmine tea and rum sweetened with French rose syrup with crispy cuttlefish and onion rings. It works unexpectedly: sweet and tangy meets salty crunch. My favourite pairing, however, is the pillowy mushroom, light and buttery like a savoury marshmallow, against the vegetal jade oolong where the tea extracts the subtle earthiness of the fungus.

The journey to Tea Bone Zen Mind, located partway up Emerald Hill Road in a residential terrace house, is already a debrief from the city below. And if the neighbourhood doesn’t do it for you, the interior koi pond that greets you just inside the reception area will. 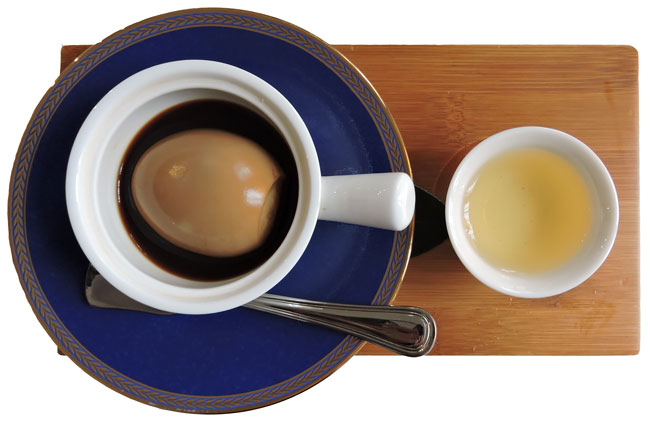 Unassuming from the outside, the teahouse’s soft grey palette, with touches of teak, white and glass, is a continent away from the wooden décor of Tea Chapter, a Singapore icon that boasts of a visit from Queen Elizabeth II in 1989 (she drank Imperial Golden Cassia), the last teahouse I visited in Chinatown. While Tea Chapter is a long-term resident of busy Chinatown, Tea Bone Zen Mind sits in a quiet neighbourhood beyond the main shopping district of ION Orchard. It is here, gazing out the window at the tree-lined street, that I read the future of tea in Singapore—the traditional and the modern side-by-side—in a teacup.

See also my visitor’s guide to Tea in Singapore.