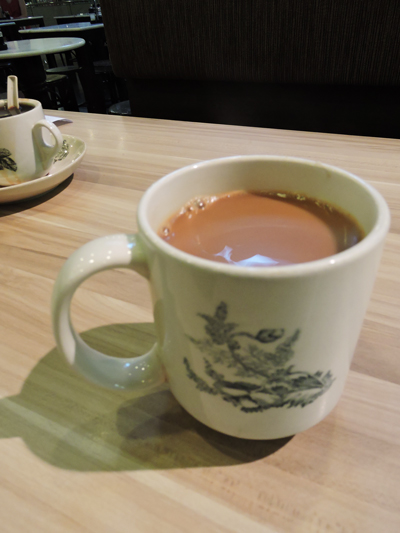 On an unexpected four-day stopover to Singapore (the details of which I’ll go into later) I had breakfast with my brother at a kopitiam* style chain store, Wang Cafe, one morning.

I was hoping for teh tarik (‘tea pull’, a sweet milky frothy tea) but they didn’t have any so I opted for a drink I’d never heard of before—yuanyang. I assumed it was just a local version of something else but turns out my brother, who has lived in Singapore since 1999, had never heard of it before either.

In the spirit of adventure I took a punt and sipped this mystery drink. It immediately reminded me of Hong Kong style milk tea with the tannins of the tea butting up against the smooth sweetness of the milk.

I was not far off. A subsequent Google search revealed that yuanyang is in fact three parts kopi and seven parts teh c (sweet tea with evaporated milk) and is also know as kopi cham (‘coffee mix’). And it’s big in Hong Kong.

This reminded me of the first time I realised it didn’t have to be tea or coffee: a family friend, uncle Andrew, once showed me how he liked to use coffee from an urn as the liquid into which he’d plonk a teabag. He called it ‘cofftea’ and I thought he was weird until, years later, I saw cans of the stuff being sold in Chinese grocery stores.

For those word nerds out there, I’d just like to note that yuanyang is actually the Mandarin word for a pair of Mandarin ducks. In the same way that the male and female look completely different and yet are said to mate for life, the beverage is an unlikely pairing of tea and coffee but a surprisingly complementary one. 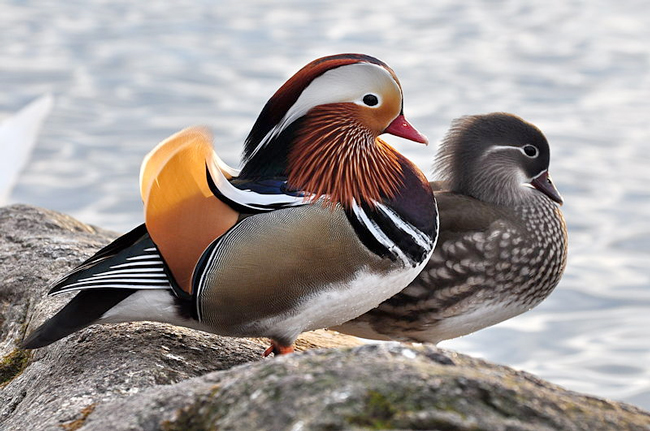 On the day of my departure, my brother and I once again sat down to breakfast at a kopitiam, the Toastbox in Terminal 3 at Changi Airport. I ordered yuanyang with my kaya toast set, but it wasn’t the same. There was too much kopi, it was bitter and overwhelmed with tannin and I lost my fantasy of recreating the Wang version. Tea and coffee? I’ll stick with tea or coffee, thanks.

*In Malay, kopitiam translates as ‘coffee shop’. A kopitiam will generally serve simple breakfasts including toast with local toppings like kaya (coconut jam), butter sugar or pork floss with soft-boiled eggs and a range of Malaysian style kopi (coffee), teh (tea) and Milo-based drinks.