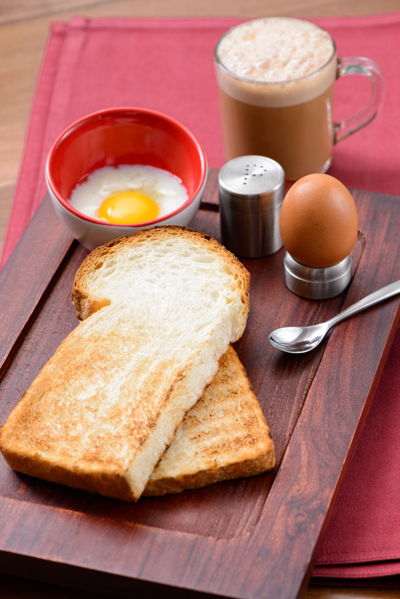 Teh tarik is part of a breakfast of champions || Photo credit: Jordan Lye

I’ve told this story a few times in person lately so I thought it’d be a good time to put it all on record to give readers a context too. I first want to start with a couple of notes about my family. My parents were born in Malaysia to families with southern Chinese connections some generations back. Both were British educated at a time when families could opt for a Chinese, British or Malay education. Neither had any special affinity for tea. In fact, both were nurses who drank coffee (er, Nescafe Blend 43) regularly.

Up until the point at which this story starts, my exposure to tea had been limited to Chinese restaurants, teh tarik and iced lemon tea during trips to Malaysia and an occasional cuppa from a box of increasingly stale Bushells in our family pantry. We kept it for guests and I want to be completely honest and say I don’t think we ever made it through a box of 50 from the time we moved into that house in 1987 until I moved out in 2006.

Joe in the afternoon

During university I had two part-time jobs: as an English (literature) tutor for senior students and as a checkout chick at a fruit shop. It wasn’t a lot of money but I lived at home with virtually no expenses and, as I was a student, I received student discounts for public transport and movie tickets and the like.

Before my 4pm lecture I would buy a cup of coffee from one of the coffee carts on campus. The coffee carts were subsidised by the student union (those were the days) and a cup of joe was just $1.60, or $1.50 if you were a greenie like me and brought your own reusable cup.

Coffee meant wakefulness, which meant getting through an hour of Mckenzie Wark and understanding media vectors so I could get my degree.

The price of coffee in Redfern

Fast forward to my first ‘career’ job, a publishing house in Redfern. I’d secured one foot on the career ladder as a receptionist/editorial assistant and my first salary was dismal. (I was actually being underpaid, something my union helped me rectify a year into the job.) Coupled with the fact that I was no longer a student and therefore no longer getting student discounts (ie paying full price for public transport) I was giving some money to my parents as board. During this time I actually had less disposable income than when I was a student. And coffee was more expensive ($3!) because it wasn’t subsidised.

All this meant I couldn’t afford to indulge in my afternoon wake-up call the way I was used to at university. I would get coffee once or twice a fortnight as a treat but as a functional habit it was out of reach.

The standard Australian office kitchen provides workers with basic tea and coffee, sugar and milk. If your boss hates you, you’ll get Lipton teabags and International Roast. Despite underpaying a lot of the juniors, our boss didn’t hate us and we had boxes of Twinings English Breakfast and Earl Grey and Nescafe Blend 43. At some point we even had Milo. Thanks to my coffee cart days I could not imagine regressing to soluble coffee so I started drinking tea, English Breakfast with milk and two sugars or Earl Grey with milk and one.

One day I came across an article about the health benefits of green tea. A quick trip to the supermarket revealed green tea was not expensive at all, so I bought a 50-teabag pack of Nerada Organic Green Tea* and started drinking that. And, because I was cheap, I’d drink two infusions, and the second was always much nicer.

I actually remember a conversation with my editor at the time. One day she asked how drinking green tea was working out for me. “The first cup is awful but the second cup is good. It’s a shame I have to get through the first cup to drink the second.”

*When I get to this part of the story, those who know me sometimes audibly inhale. “No!” 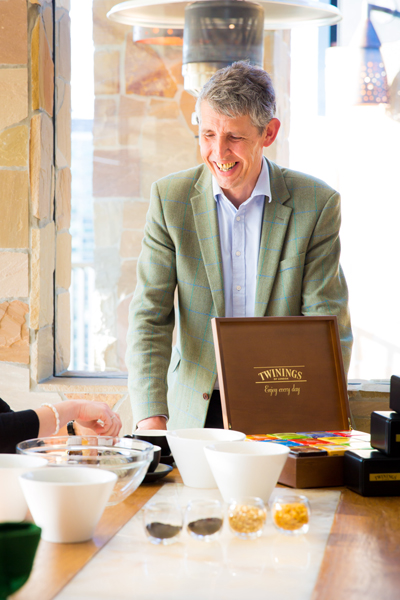 One of the publishing house’s clients was a shopping centre group that owned Chadstone Shopping Centre in Melbourne and Chatswood Chase in Sydney. We started publishing a magazine for them three times a year. Most of the content was on the high end: fashion and beauty, homewares and entertainment. One day a press release announced that Stephen Twining (of the Twinings of London dynasty) would be coming to Australia to talk to hospitality workers on how to prepare tea properly. My editor thought it would be a good story to include to appease “the majors” (supermarkets) in the shopping centres so sent me to interview him.

We met for afternoon tea at the Park Hyatt, a harbourside hotel. If I recall correctly, he had a pot of Prince of Wales and I might have tried my first Darjeeling. Among the things we talked about: Thomas Twining’s (his ancestor) regret that he did not patent ‘Earl Grey’ as a tea blend flavour, what it takes to be a tea taster (the training and the job), whether he wanted his children to consider careers in tea. I asked what was the one piece of advice he wanted people to get out of his trip. “The temperature of the water,” he said**. “For black tea you want it freshly boiled but more people are drinking green tea these days and the one mistake I see people make it using water that’s too hot.”

A lightbulb went on in my head. When I returned to the office I made myself a cup of green tea, careful to take the water off when it was hot but not boiling. The taste was a revelation.

I wish I still had the interview tape (yes, tape! a mini-cassette for my dictaphone) and the notes, but people, this was August 2004 and I have literally written thousands of articles since then. Unfortunately I don’t even have a copy of the article or magazine because we were particularly short of stock that issue, so if anyone happens to have a copy of Fashion Capital (probably Summer 2004), I’d be most grateful to see whether I’ve remembered this encounter correctly.

**This is paraphrased but I’m using direct quotation for effect.

Out of the bag

After Stephen Twining changed the way I drank green tea, I started to think ‘what else am I missing?’ I read up on tea. I can’t recall the titles of the early tea books I learnt from, but they were all ‘afternoon tea’ type tomes with glossy pictures of fancy teapots and recipes. Tea stories and information started to jump out at me in everyday life.

Travel also helped. I started exploring loose-leaf after drinking strong Scottish tea brewed in a teapot at Sir Walter Scott Tea Room in Edinburgh and also interviewed a lazy-eyed tea leaf reader who plied her services on The Royal Mile, though an accident wiped my MP3 recording of the encounter. I witnessed my Finnish friends use a tong infuser at breakfast; incidentally, Nordqvist’s The Emperor’s Bride is still one of my favourite blended teas.

And while I did enjoy Italian coffee, it was discovering decent tea options in Venice at Art Blu that started to fuel my tea-drinking. My time in Venice was largely rained out so sitting in a cafe sipping tea for an hour or so was an extremely pleasant and relatively cheap way to spend part of a day. I remember a half-English half-Italian conversation with the manager where we discussed whether sencha was good for the stomach. She seemed to think my Asian-ness stood for ‘knowledgeable about tea’, a weird sort of racism I’ve often experienced since. Shortly after, I met a South African guy at the hostel who was addicted to tea in the sense that he appeared unable to function unless he had had some. After we went to see the Peggy Guggenheim Collection I led him to Art Blu and felt I had done him a great service.

When I got home to Australia I started to hang out at my (then) boyfriend’s house and he would make me cups of Arctic Fire from The Tea Centre. I started to buy bags of Stockholm Blend from them as it was the closest I could get to The Emperor’s Bride in Australia, though by this point T2 had started to make waves in Sydney. (A workmate originally from Melbourne who was a fan of T2 in its early days introduced me to the brand, though I was only really keen on its Gorgeous Geisha.)

I got into high tea in a big way. One birthday my sister gave me a voucher to a tea class and high tea at The Observatory (now The Langham Sydney) where I met Lindel Barker-Revell, and learnt a lot from her.

By now I had progressed to a job at a business magazine where I became known as the tea lady, making everyone’s brew. My publisher was invited to a special high tea hosted by Merrill J Fernando, founder of Dilmah, to celebrate the brand’s 21st birthday of launching in Australia. She did not hesitate to pass the invitation onto me. There I learnt about terroir and how altitude and climate affected growing conditions and therefore the taste of tea.

Trips to Beijing, China, where I visited Maliandao (tea street) and had my first milk oolong, and Kyoto, Japan, where I sat for my first chanoyu, expanded my knowledge of eastern style tea. I continued to read and stumble around the tea scene.

In 2011 I joined a Meetup group for tea drinkers, and through that started to have tea experiences with other tea lovers. When I was unexpectedly made event organiser, I started actively hunting for teahouses and tea events to share with the group. The rest… the rest you probably know.