I almost didn’t make it to Melbourne because of Prince. Not because he died, but because I managed to buy two tickets to his final concert in Sydney at a price that was close to curtailing a Melbourne visit.

You see, I often find myself in Melbourne in late May/early June. Once I finish up at the Sydney Writers’ Festival in May I pack my bags and head to the Emerging Writers’ Festival. This year, EWF pushed its dates to mid-June. Not a problem, I’ll just go later, I thought. But then Tea Festivals Australia announced the inaugural Melbourne Tea Festival on 29 May and Cathy Zhang (Ms Cattea) and I made a pact to go together. For me it meant either a three-week stay in Melbourne or two shorter trips: missing either event was simply unfathomable. All I’m going to say is thank goodness for cheap train tickets. 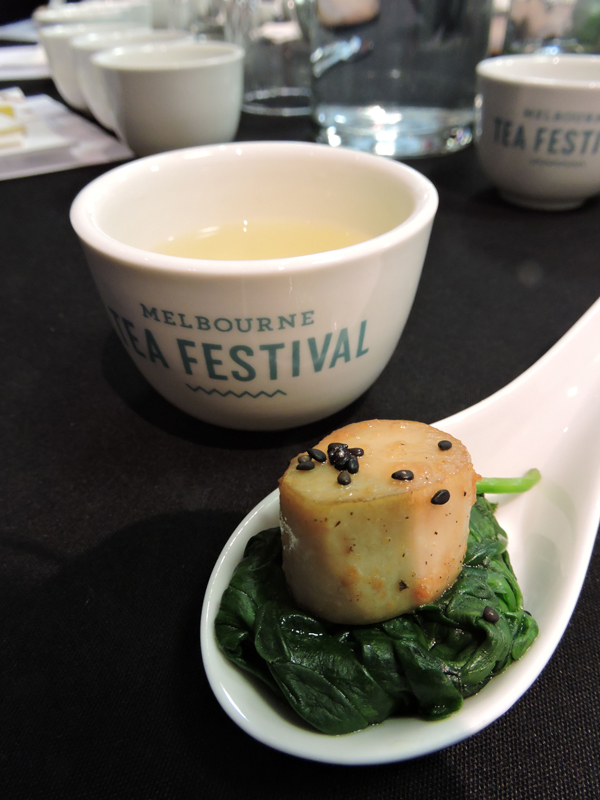 To be honest I was a little scared. Sydneysiders in Melbourne often get a cold shoulder from the locals and that’s not just the sharp southerly taking a bite. How would the Melbourne tea community take to the three Sydney co-founders presenting to them their own tea culture?

I believed the first misstep was the venue. The Melbourne Convention & Exhibition Centre is for conferences and trade shows, and some yawn-worthy ones at that. The last time I visited MCEC was for the Cisco Live! event, a giant tech conference and trade show; just a couple of days after the Melbourne Tea Festival I was back there for CIVSEC2016, a civil security summit. MCEC just did not exude ‘tea’*. 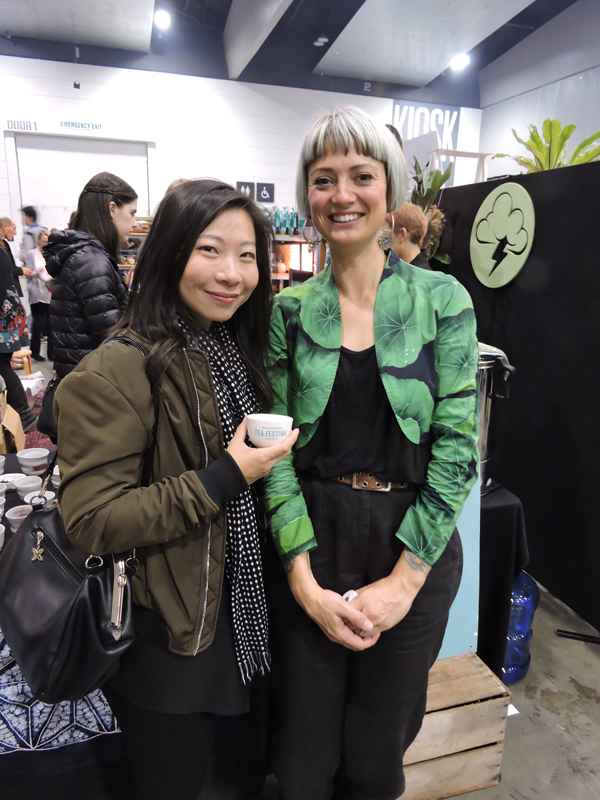 And yet, when we stepped into the hall, things began to rearrange itself in my mind. The stallholders had made it work. The featureless chasm had been transformed into dozens of intimate spaces where people could sip and talk tea with their fellow tea lovers. It was not too long before I ran into some acquaintances, which charged the atmosphere with a friendly glow.

There was Andrew Cutcliffe of Tippity who stole a day between acting jobs to man his stall (hat tip to his dad David, who drove down all the fittings and product!) and Dan Bledwich, a writing acquaintance I met at EWF a couple of years ago, recently of Storm in a Teacup. There was Dawn and Matt of Fat Chai Tea down from Sydney for the day to check out the stalls in preparation for their Sydney Tea Festival debut, and Alex Neill, another writertype who’d signed up as a festival volunteer.

Unfortunately I’d lost my voice so was not able to have lengthy chats with stallholders but I spent the morning following Cathy around as she introduced herself to proprietors. Special shout-out to Hannah Dupree of Storm in a Teacup—great to see this pioneering business talking single origin tea with sippers en masse once again. She enthused over the festival too: “I love this. We need an event where tea isn’t bridesmaid to coffee or chocolate.”

Earlier this year I read an article in the lead-up to the Toronto Tea Festival about ‘third wave’ tea. The first wave was teabags; the second, flavoured tea. The third wave is tea without added flavours. Despite the number of blended and flavoured teas I saw at the festival, I believe Melbourne is on the brink of the third wave. As a proportion of all stallholders, there were more vendors selling pure, unblended, single origin tea at the Melbourne Tea Festival than at the Sydney Tea Festival last year.

The other thing I noticed is that fewer of those vendors pursue an Asian angle compared to Sydney, where Ms Cattea, MY Teahouse and Zensation did the heavy lifting when it came to third wave tea. Apart from Yunnan Village, due to the strong provenance of its product, the Melbourne tea specialists seem more comfortable leading with their brand than with the origin of the product. Perhaps Melbourne is better at discovering and supporting small businesses (case in point: small bars) than Sydney.

The quality of the tea offered was very good also. Where the tea was flavoured or blended it was at least done in an interesting or functional manner (My Gout Tea anyone???) and Cathy remarked that after tasting what was on offer she would consider upping the grade of tea she imports to stay above the general level.

It was also good to see complementary industries thrive at the festival. Food, teaware and even tasseomancy had a place in the hall and every stallholder fielded plenty of customers throughout the day.

According to official figures, more than 4,200 people attended the festival, which is nothing to sniff at considering a ticket cost $15 (the 2015 Sydney Tea Festival had free entry; attendees could buy a $4 tasting cup). Most of the classes also sold out, with people who missed out so keen they waited to see if there were no-shows to try to nab a vacant place.

A few private conversations with stallholder acquaintances revealed that yes indeed, the festival was well worth doing as it brought in a good chunk of revenue, even for those who travelled from interstate to be there.

But the mark of a successful festival is not just sales it’s, well, the vibe of the thing. Judging by the sated faces of tea-drunk attendees, the festival was a success. Maybe there’s room for Sydneysiders in Melbourne after all. 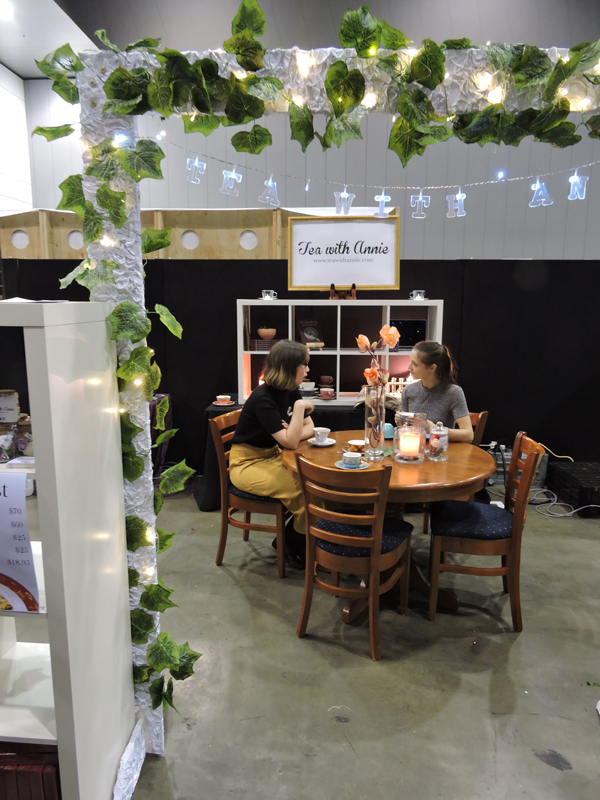 Everything but the kitchen sink: Tea with Annie replicates her kitchen for tea leaf reading at the Melbourne Tea Festival

*I am personally holding out for a change of venue to somewhere like the Royal Exhibition Building in Carlton or The Meat Market at the Queen Victoria Markets.

3 thoughts on “Southern comfort from the 2016 Melbourne Tea Festival”