Once upon a time, perhaps as a rebellion against my Chinese heritage, I started taking my tea ‘English style’: a strong black brew laced with sugar and milk. I took a liking to Irish Breakfast, which I found a bit more robust and malty in flavour than English Breakfast, though I couldn’t always find it at the supermarket.

Depending on which study you look at, the Irish drink the most tea per capita in the world*. That’s right, more than their UK counterparts, who are famous for going to war over the stuff. I’d like to think the Irish prefer to make tea, not war. 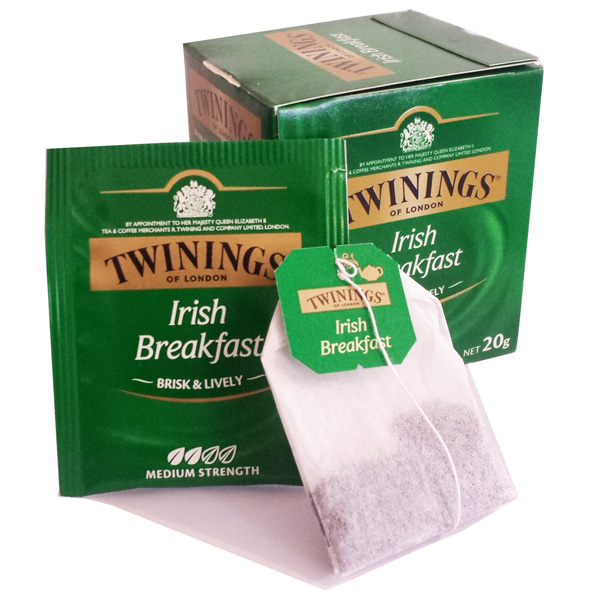 After a week spent sipping delicate Chinese and Taiwanese brews, I thought I’d have another crack at Irish Breakfast, if only to get into the spirit of St Patrick’s Day without resorting to cliches about pints of Guinness.

Or, if I’m more honest, I went to the Woolies near Town Hall station to kill time when waiting for a train last night. I had to buy crackers to balance all the cheese we have in the house, plus I’d run out of chocolate powder, which I like to put in my morning coffee, and my partner wanted some more cereal. There was a sale on Twinings boxes and I thought, ‘why not?’

My first cup was two tea bags in my large mug (approx 450ml) brewed at boiling, steeped for four minutes, as recommended on the box. Just as I’m a lightweight when it comes to drinking Guinness*, it seems the ability to drink a pint of Irish Breakfast is beyond me too and I found the tannins in this too bitter to bear. I ended up leaving about quarter of my tea as dregs.

I switched to a teapot (approx 600ml) for the second brew but kept it at two tea bags brewed at boiling, steeped for four minutes. I decided to add milk and sugar to the mix. That’s 1/2 teaspoon of raw sugar, light milk then the tea on top in a 200ml cup. This worked a treat and reminded me of my old habits. Nostalgia in a cup!

Emboldened, I went one stronger: three tea bags in the teapot with a teaspoon of raw sugar brewed at boiling, steeped for 15 minutes. I didn’t mean to leave it that long but I forgot about it while I was doing some work. Luckily it was still hot (I’d put the pot on my cup warmer) and I had it milk first, then tea poured in. It was not as bitter as I feared, the sugar and milk tempering the tannins with a rounded taste and texture. 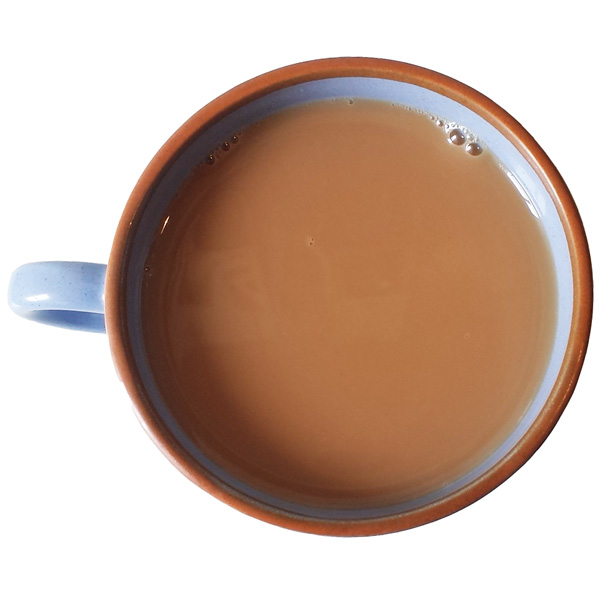 Last pot: three tea bags brewed at boiling, steeped for four minutes. I’ve cut sugar from my diet after noon so I’ve decided to take this without. It’s milk in, then tea. A surprisingly mellow brew. The malt is more of an undertone than a top note. In fact, there’s no top note without the sugar. The proportion of milk and tea needs to be right for this to work for me. Too much tea and the tannins come out to play, but too much milk and the tea gets lost in the creamy texture. 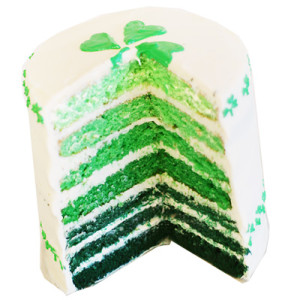 Of these four brews, the one I’m most likely to drink is the second kind: 4g of tea per 600ml, brewed at boiling and steeped for four minutes with a little sugar and milk. I’m not a big fan of sugar and milk in tea but I think it has its place in the maltier teas of Indian and Sri Lanka, particularly anything with a strong representation of Assam. Let’s not forget that this sort of beverage works best with something sweet on the side, such as a biscuit or a bit of cake.

Truth be told though, if you were truly Irish you wouldn’t even drink Twinings, which is an English brand. Apparently the most popular Irish tea brands are Lyons, Barry’s and Bewley’s. Bottoms up!

(*Sometimes they’re topped by the Turkish, occasionally by Turkey and Morocco but they’re generally in the top three and always above the UK.)

(**For the record I’m a big fan of dark beer, especially stouts and porters but I cannot drink a pint on an empty stomach without getting lightheaded, then sleepy.)