A Merchant’s Wife at Tea 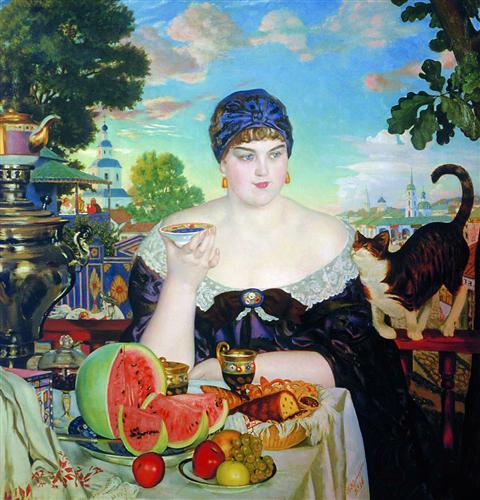 A Merchant’s Wife at Tea by Boris Kustodiev

From the words ‘sam’ (self) and varit (boil) comes the Russian samovar (self-boil), which is a kind of kettle and teapot in one. The most famous image of a samovar is probably Boris Kustodiev’s A Merchant’s Wife at Tea (she writes confidently, having seen no other artwork with a samovar in it). Here’s a bit of context about the painting.

The Russians were probably the first to have sugar with their tea, though they did it by putting a sugar cube between their teeth and then sipping the tea rather than stirring it into the liquid in their cup; “In Soviet Russia, tea goes into sugar.”

Despite the vibrance of Kustodiev’s work, I prefer the cat-lover’s version. 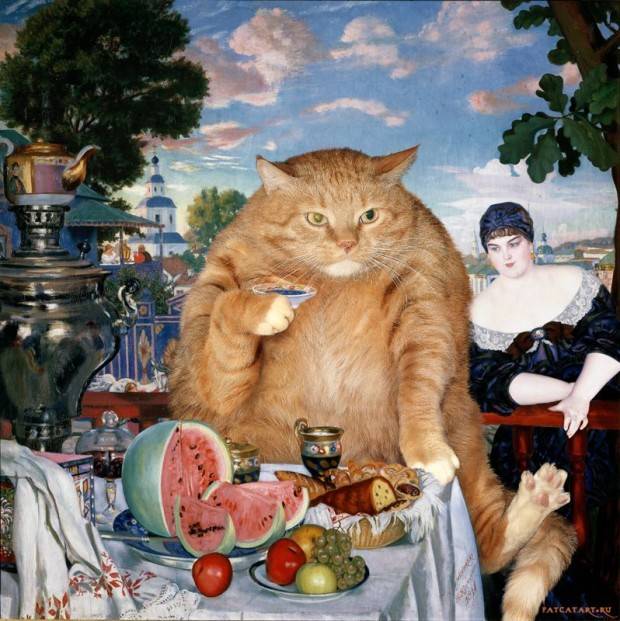