Around the world in a tea break

Historically, it was a curious traveller who discovered tea; today, a traveller can discover different cultures through tea.

White mist rolled in quickly, blanketing the Yellow Mountains in an opaque shroud. He could barely see his hand in front of his face, let alone find his tour group. Even calling out sounded dull in the thick fog. What started as the misadventures of a newbie tour guide in China—losing a dozen travellers and without a word of Mandarin in his vocabulary—became a moment that changed Mark Thirlwall’s life.

“I sat down on a stair to have a think about what I should do and I felt a whoosh over my head. Out of the mist came a monk. He led me an hour back down the path to his monastery where the first thing he did was serve me a cup of green tea, a just-harvested Huangshan Maofeng. From then on I was completely fascinated by tea, which then became a vehicle to learn Chinese,” says Thirlwall.

Fifteen years on, Thirlwall is not only fluent in Mandarin but has played a key role in establishing The Hutong, a cultural education centre in Beijing where schoolchildren, corporate groups and tourists learn more about China through programs that include cookery classes, martial arts performances and, of course, tea workshops. Outside Beijing, The Hutong and its Australian sister business Tea Journeys run tours in China’s most popular tea-growing areas. One of the oldest is Yunnan, a southern province where the most valuable tea in the world—pu’er, a fermented tea that gets better, and more expensive, with age—is grown and processed.

During the Yunnan Bike Journey the group cycles to tea farms, picks tea, then witnesses how it is processed and packaged while learning more about tea’s role in Chinese history and culture. Participants also handmake the special paper that wraps around the pu’er discs and undertake a Chinese tea ceremony that teaches them about brewing tea, and the mindfulness required during preparation.

“Tea is a science, an artform, it connects to history and the cultural aspects of China, including food and calligraphy,” says Thirlwall. “If you just taste what’s in the cup, where do you find value? The value comes when you connect to a story.”

It’s the same concept—but a different story—that Vietnam offers through Footprint in Hanoi. Its Tea Affair by Bike, from Hanoi to Thai Nguyen and return, is shorter but no less fun or educational, with a picking and processing element, tea etiquette lessons and plenty of interaction with tea farmers. “It’s not just for travellers interested in the tea-making process but a chance to meet local people,” says Footprint’s Hong Anh. “And you can see a different part of Vietnam other than the hustle and bustle of city life.”

The day trip was designed to introduce Vietnamese tea culture to the world through travellers. “Compared to our neighbours Japan and China, which have tea ceremonies, we drink tea differently. We sit on the sidewalk and chat over a cup of tea,” she says of Vietnam’s more casual approach. Try Tan Cuong, the local specialty.

Although Malaysia is better known for its jungles, one popular holiday destination for locals is the Cameron Highlands. It’s a perfect candidate for a driving holiday, and not just because there are few alternative transport options: located between Kuala Lumpur and Penang, its stunning views offer a respite from the cities and, due to its elevation, respite from the balmy weather of the lowlands.

In addition to cool climate crops such as strawberries, there are several estates under two main tea brands here: Bharat and BOH Cameronian. You’ll first encounter a Bharat teahouse, from which you can follow a path to explore the plantation, but if you only have time for one tea break, head to BOH’s Sungei Palas Tea Centre. The centre is both a museum of tea history, with artefacts from BOH’s early days, and the starting point for a tour that takes visitors from leaf to cup via its plantation and factory.

“As one of only few vertically integrated companies, we plant, harvest, process, package and market our own teas. As such, our BOH Tea Centre offers an holistic tea experience,” explains BOH’s Chen Chaw Chang. Have a cuppa overlooking the verdant hillside; sip a fine premium brew or try Malaysia’s signature drink, teh tarik, a sweet frothy milk beverage made from strong black tea. 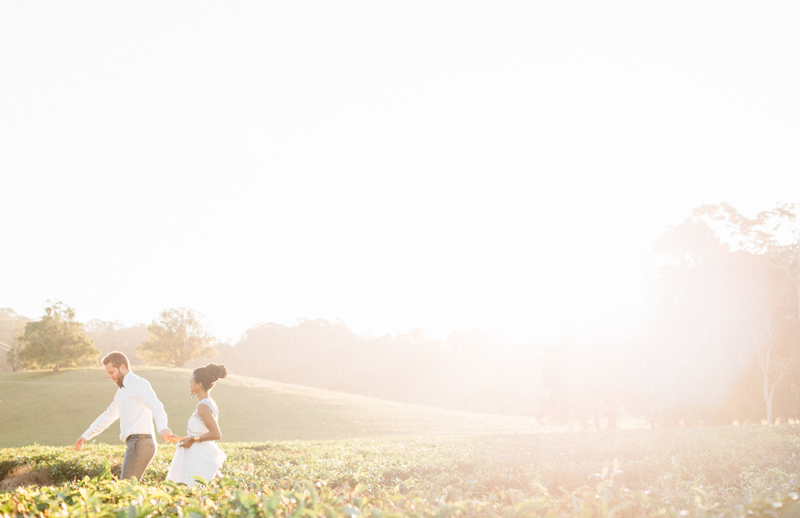 A tea plantation is a great venue for a destination wedding | Photo: Madura Tea Estate

Closer to home is BOH’s Australian estate, Nerada, about a 90-minute drive from Cairns, where you can take a tour of the factory or drop in for Devonshire tea. If you’re after something more, however, the Australian-owned Madura Tea Estate in Tweed Heads, about 30 minutes’ drive from Byron Bay or 45 minutes’ drive from the Gold Coast, has a comprehensive tour of the growing, harvesting, processing, blending, packaging and labelling process, as the business does everything on site.

Madura director Ron Ford says his favourite part is watching the bagging machine, which makes up to 1,900 teabags per minute, though admits most people enjoy the walk around the plantation. The aesthetically pleasing landscape sparked demand for holding events at the estate, which Madura accommodates. “We set up a structure, with a lake on one side and tea bushes on the other, where people can bump in and hold events,” says Ford, noting that destination weddings are popular. 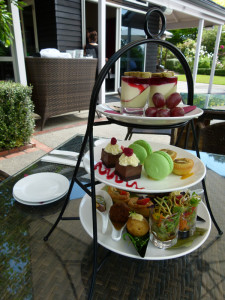 The natural beauty that comes from growing tea was a prime consideration for Zealong, a New Zealand tea plantation in Hamilton, a 90-minute drive from Auckland. The estate features a visitor’s centre, restaurant, and a dedicated function area—which is used as a venue for corporate events, team getaways and celebrations—overlooking the lush green fields.

Zealong specialises in oolong, a semi-oxidised tea that is the signature product of founder Vincent Chen’s homeland, Taiwan. When Chen noticed how well camellias grew in the region, he realised there was an opportunity to grow Camellia sinensis, the plant from which all tea derives, on Hamilton’s fertile soil in New Zealand’s cool climate. With the help of New Zealand’s ‘100% Pure’ reputation, its tea is now a premium product in Chinese markets.

Though you won’t see the processing aspect of its operations, a guided tour around the plantation will teach you a lot about tea growing and harvesting. Best of all, it concludes with a tasting of the estate’s five teas. Finish on a sweet note by pairing the tour with a Signature Tiffin at the Camellia Tea House, which features three tiers of savoury and dessert bites plus your favourite Zealong tea. It’s a fantastic way to sample local produce while drinking in the view.

The way of tea

Views may not be the primary attraction for some tea travellers; sometimes it’s a rich cultural learning experience. The Japanese tea ceremony, known as chado ‘the way of tea’, is a choreographed tea service that takes place in a room on a tatami mat, the only décor a hanging scroll and flowers. Chado intersects with many key areas of Japanese culture, such as religion (Zen Buddhism) clothing (the kimono), art (calligraphy, flower arrangement) and food (kaiseki). Performances differ according to the seasons.

All over Japan tourists can watch and participate in chado, including taking a beginners’ class, but serious tea-lovers may also consider becoming a student of the art. The Chado Urasenke Tankokai is the official association for chado training. It has a number of branches around the world, including Australia (Sydney, Melbourne and Cowra), but its headquarters, which you can visit, are in Kyoto, Japan.

Just like a tea break, which gives you a moment out of a busy day, following the tea trail around the world takes you out of your world and immerses you into another. That immersion, that mindfulness about where you are and what you’re doing, is the way of tea.

This is the original copy of a story first published as ‘On the tea trail’ in the October 2015 issue of Jetstar Australia magazine.