The year was 1994 and I was 13. Cinema chain Greater Union (now Event) had just opened at our local shopping centre, Castle Towers. It was the opening week of Jurassic Park and the cinema was crowded. It would be the only time all five members of my immediate family would go to the movies together. I think we even bought snacks from the Candy Bar, which is a very un-Teoh-like thing to do given the fat margins cinemas charge on food and drink and the lower middle class sensibilities my parents had at the time. I liked the movie, thought it was tense, and gave it 8/10.

And yet, there’s much I misremember about the event. For starters, according to IMDB, Jurassic Park opened in Australia on 2 September 1993, so it was not 1994, nor was I 13 years old but the tender age of 12, technically too young for the rating. (My sister, more than two years younger, would’ve been way under.) Maybe the cinema complex hadn’t just opened at Castle Towers. According to my diary—a sticker-encrusted 5-year tome I kept up to date every day, a few lines at a time, from 1992-1996—apparently we’d gone to see it on 18 September but the evening session was full and we tried again with success the next day. So it was not opening weekend either. And I’d given it 10/10 (due to the enthusiasm of youth) not 8/10.

I do believe it was the only time the five of us went to the movies together, though. And I believe we got a family sized box of popcorn and lollies, though I struggle to remember whether it was Jaffas or Maltesers. Perhaps it doesn’t matter. 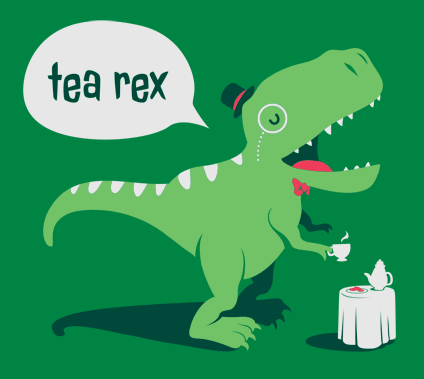 I’ve never been a palaeophile, not like my cousin Alex who was so crazy about dinosaurs his collection took over the family home, no mean feat in a family of eight (this collection later disappeared under mysterious circumstances when their house was robbed).

And not at all like my partner David who once triumphed during an interlude round on dinosaurs at the 2010 NYWF Spelling Bee and is now forever known in those circles as ‘dinosaur guy’. (He also once wrote to the Melbourne Museum about how its display skeleton was incorrect and they wrote back and admitted it was but said it had been put together decades ago and they couldn’t change it.)

I like dinosaurs. I have a passing interest in them, but I don’t love them. But I do love tea, which is a roundabout way of explaining why I bought this tea rex tshirt from SnorgTees.

And because ‘gold’ clothing looks terrible on yellow people like me, you might find me supporting the Australian cricket team via its secondary colour, green, in this tee. 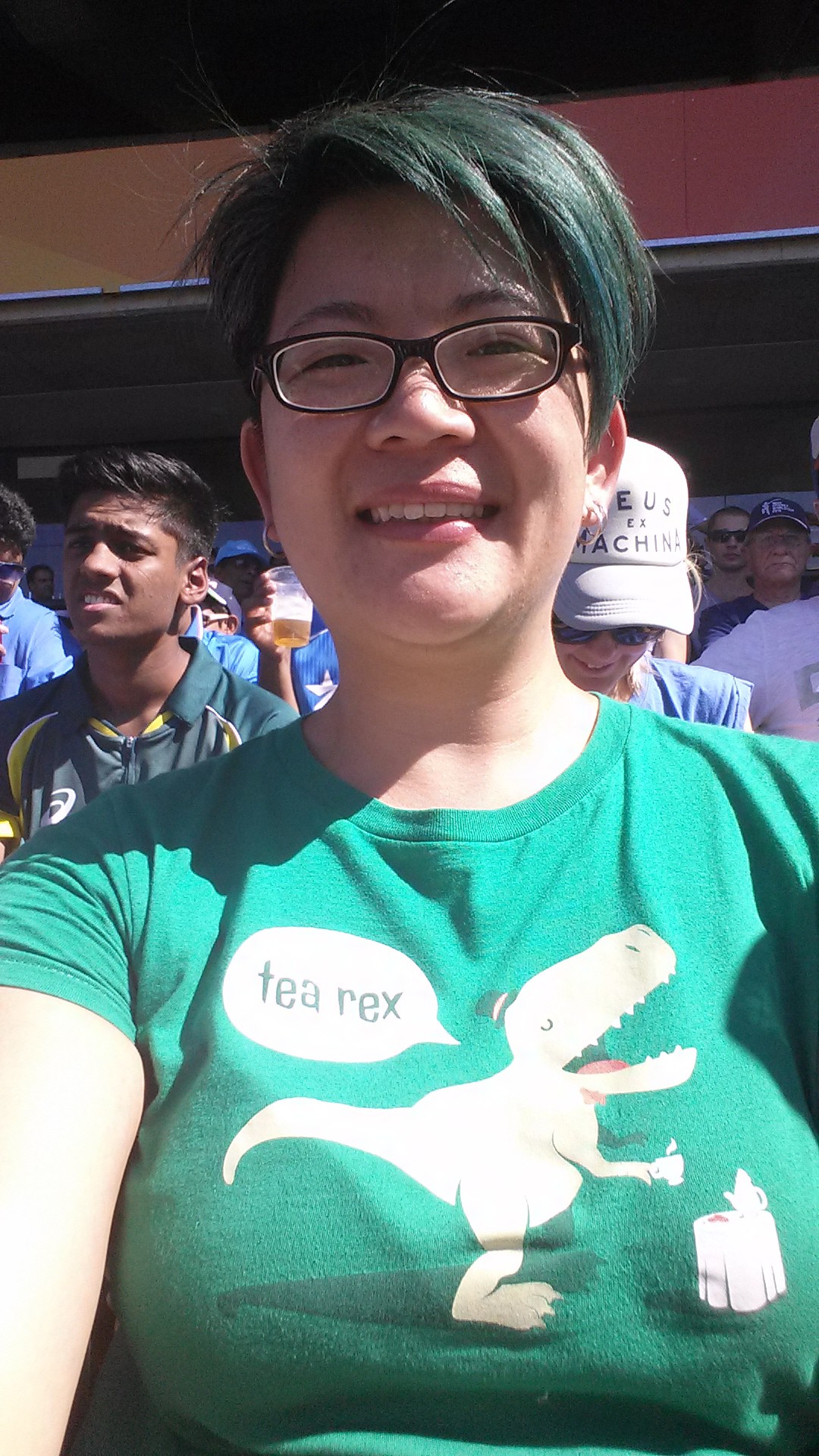